We decided to extend my school trip into a delightful vacation in Turkey. Turkey, especially Istanbul, is where east meets west.

The city is dotted with over 2000 mosques and chances are that you would spot a minaret wherever you look. It is also the only city that lies in two continents and has a sea runnning through the city. The entire historic area of Istanbul is a World Heritage Site.

Day 1: Karthik joined me on Saturday afternoon after a long 11 hour flight. We transferred to our hotel, Historia, in the historic neighborhood of Sultanahmet. It is a small family run hotel, like many in the area. The rooms are not spacious, but the people are friendly and the balaconies offer great views. We spent the afternoon at the Ayasofya and Blue Mosque, both a few hundred metres from the hotel. The Ayasofya or Saint Sophia or Hagia Sophia is a museum now, but was once a church and then a mosque.

The architecture is a unique combination of Byzantine and Ottoman influences.

The Christian mosaic pieces and Islamic calligraphy are exquisite and reflect the mastery of the artisans.

The Blue Mosque was the Ottoman’s answer to the Hagia Sophia, and though not as big is nevertheless a masterpiece. With its six minarets it would stand out even in the best of company. The Blue Mosque is a functional mosque so be cognizant of the prayer times as the mosque is closed for visitors during this time. Both of these monuments lie in the Sultanahmet square area right next to the Hippodrome. We spent the rest of the evening in the square, ended the day with a relaxed dinner at one of the restaurants in the area.

Having conquered Constantinople, Mehmed the conqueror had his newly acquired peninsula crowned with this magnificent palace. The harem section opens at 10:00 am so try and be a part of the first group to get in else it gets extremely crowded. This section has a separate entrance fee of 10 liras and is a guided group tour for half an hour. The tiles, carvings and beauty of each of the rooms in the harem is mind blowing. We then saw the treasury, library, pottery and armory sections and ended the visit with a magnificent view of the Bosphorous from the terrace of the palace and understood why this peninsula, being naturally surrounded by water on three sides, served as the capital for many empires and also why it was so difficult to capture.

The next stop was the magnificent Suleymaniye Mosque, the biggest mosque in Istanbul. It is a 20 minute walk from the palace but definitely was not boring, as nothing in Istanbul can be. Along the way, we stopped for a typical Ottomon cuisine, and being vegetarians, we couldn’t taste the meat, but the rice, beans and veggies were well prepared.

The Suleymaniye Mosque exudes the beauty and elegance like all the Ottoman monuments. Again this is a functional mosque and we had to wait a while before we could get in.

Our last stop for the monuments was the Bascilla Cistern. This is an engineering marvel, which once provided water to the palaces of the Ottoman Empire. After a hectic day of sightseeing we decided to unwind by going to see the night life on Istiklal street, one of the most happening places in Istanbul. If you thought Istanbul is all about history and is very conservative, think again. A walk down this street will bring you face to face with today’s Istanbul, young, western influenced and vibrant.

Day 3: One of the must do things while you are in Istanbul is a cruise on the Bosphorous sea. So we decided to enjoy a morning observing the sights and sounds of Istanbul from the water’s edge. We got a chance to see the Dolmabahce Palace (the current functional palace that hosts all the visiting dignitaries), the Kuleli Military High School, Rumeli fort, the summer palace, hunting palace and Ortakoy Mosque to name a few. Our guide Hanifi was a great help.

See the points of interest on the Bosphorous Cruise

If you are visiting Istanbul on your own, then we would advise contacting the registered guides in the city to help walk you through the many monuments. After a refreshing boat ride we decided to spend the afternoon shopping at the bazaars. Shopping at the Grand and Spice Bazaars is a unique experience. Bargaining is the name of the game. We ended our Istanbul experience with an excellent Turkish dinner at the Haci Baba restaurant on Istiklal street. 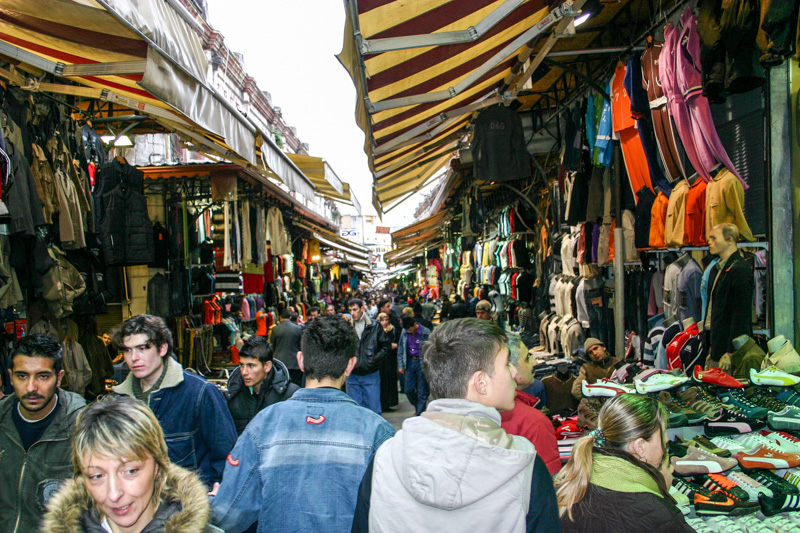 Day 4: We set out early to Bursa which is about 300km from Istanbul. The city is famous for its ski resorts and silk, being the last stop on the silk route. The tour operator picked us up from the hotel and we drove for about an hour into Asia and then took a ferry. This was followed by another 2 hour drive and we finally arrived in Bursa. We took a quick tour of the Arasta silk bazaar attached to the Ulu Mosque and then proceeded to the mosque. The calligraphy inside the mosque was exquisite and artistic and not to mention apparently one of a kind. The next stop was the Green mosque. The interior of the mosque is decorated with a mosaic of blue green tiles on walls and ceiling of eyvans from which it gets its name. The city is known for its Iskander kebabs but being vegetarians we had to settle for pizza. We ate in style however, on a terrace overlooking Bursa, from the famous Kebab of Alexander restaurant. 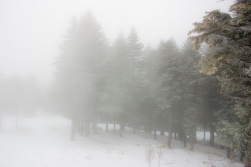 Our final destination was Mt. Olympus or Uludag. After two cable car rides we reached the top of the mountain where it was snowing hard. The view from the cable car was breath taking. This would be a great resort to come to in the peak of winter for the skiing or peak summer to enjoy the views. We ended the day with another delicious Turkish meal at The Turquoise Café in Sultanahmet. Turquoise itself is derived from the French word for Turkey.

See our route from Istanbul to Bursa on Google Maps

Our Turkish vacation was short and sweet and we headed back home on the 14th. We definitely want to go back some day and visit the Cappadocia and Ephesus regions.

Where relaxation should be the middle name. Find a resort and take a few days to soak it all in. Rejoice, Rejuvenate, and Repeat. #barcelomayapalace #rivieramaya #yucatan #caribbean #caribbeansea #coconuttree #mexico