The Old Town center of Dubrovnik is a UNESCO WORLD HERITAGE site.

Day 1: Transit: After nearly 12 days of a “live” history lesson we set out to Dubrovnik to truly vacation. What was supposed to be a 5 hr trip from Warsaw via Vienna to Dubrovnik ended up being nearly a 12 hr trip thanks to Austrian Airlines. We missed our connection in Vienna because our flight from Warsaw was delayed and we were then re-routed through Zagreb. We finally arrived in Dubrovnik close to midnight. The airport was spanking new and even smelled of fresh paint. The taxi ride to our hotel, the Hilton Imperial, cost 250 Kuna around $45. As the taxi pulled into the hotel, we could see the walled fortress of old town silhouetted against the night sky and was a sight to behold. This was the vacation we wanted! Dubrovnik is an old city on the Adriatic Sea coast in the southern most part of Croatia and is nicknamed “Pearl of the Adriatic”. Formerly called Ragusa this walled old city is listed as a UNESCO World Heritage Site.

Day 2: City Walls: We woke up relaxed after a good night’s sleep and had a very relaxed breakfast. The hotel, though expensive($220/night) was literally at the entrance to the Old town, Pile Gate, and was a 2 minute walk away. We started our tour of the walled city from the walls itself. The 2km long walls serve as an excellent vantage point to enjoy the views of the city within and also of the Adriatic Sea. After completing the wall tour at a very relaxed pace and you must because every few steps the view changes, we stopped for lunch at one of the many restaurants that dot the streets and alleys of old town. We strolled down Placa Stradun, the central street of old town crossing the Big Onofrio´s Fountain, Sponza Palace, Bell Tower, and several churches. 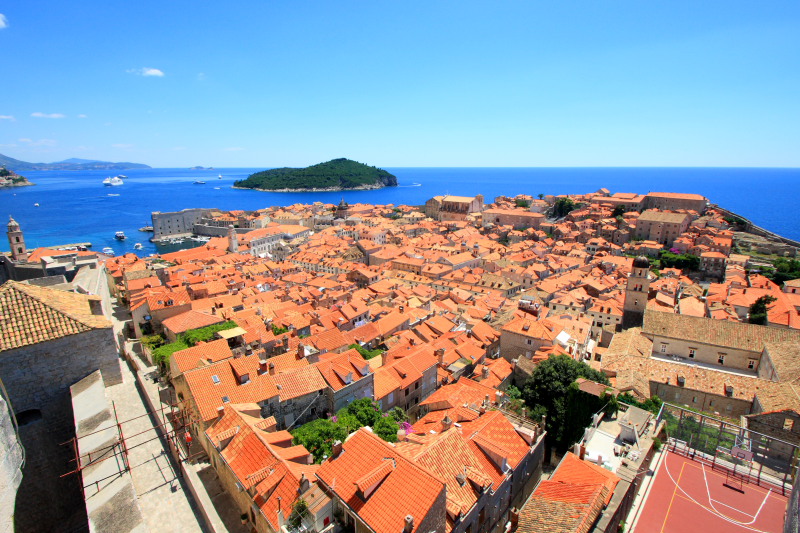 We saw flyers for a charity tennis match, Just Du It, between Goran Ivanisevic and John McEnroe for that evening but decided against going. Instead we decided to play the role of paparazzi and snap a few shots. Just as the match finished we got a glimpse of the two stars and Karthik was super thrilled. Then we walked to the old port and were wandering around. Suddenly Karthik started to greet somebody and I realized it was McEnroe!

Shortly Goran followed and Kart and the little kids ran behind him to greet him as well. So after all this excitement we decided to take a sunset boat ride and got into the boat. Karthik spied Goran walking near the boat and signaled for him to join us. The next thing we know is Goran was on our boat and his entourage jumped in as well. Wow! This is the closest we have been to any celebrity and kept stealing glances of the tennis star lest we come across as stalkers. Kart got a picture with him as well.

The boat ride was well worth the 10 Euros we paid. We ended our day with a relaxed dinner in one of the many restaurants near the old port.

Day 3: Lokrum Island: We woke up leisurely to a bright blue cloudless sky and beautiful sunny weather, true Mediterranean style. Debating about taking a day trip to the Elafiti islands we finally decided to hike up to Srd Hill to get the postcard shots of Dubrovnik. We were misguided that this would be an easy hike and 30 minutes later we decided to head back to the entrance of the Old town and take a taxi instead. The taxi ride itself was 30-40 minutes and the hike would have been a good 3 hours. The views from the hill are stunning and is a must see. The red roofs of Old town looked magnificent against the turquoise waters and blue sky. It was a treat to the eyes. Much to our chagrin a cable car was being inaugurated the day we were leaving back, which will be a much easier option to get atop this hill. Since it was almost noon as we made our way back to Old Town we decided to go to Lokrum, a small island off the coast of Dubrovnik which is a short 20 minute boat ride away.

Lokrum island is well connected with Dubrovnik and there are ferries that leave every 30 minutes. The island is counted amongst one of Croatia’s national parks and is a Nature Reserve and a Special Forest Vegetation Reserve. We got to the island and stopped at the only café to get a quick lunch. Then we walked through the pine grove and went to a small “lake” called Mrtvo More or Dead Sea. This unique salt water body is a favorite tourist spot on Lokrum and is serenity epitomized. We just didn’t realize when seconds turned into minutes and minutes into hours. Reluctantly we decided to move away and explore the rocky beaches of this beautiful island. Lying on the rocks with the waves gentling hitting me, I thought to myself, the crocs and other reptiles actually have it pretty good. What a life, just on lie on the rocks staring into the endless blue sky against the sound of the waves. We made it back to Dubrovnik on the last boat back and headed to our hotel to freshen up for dinner. We had made reservations at Nishta, a hip, vegetarian restaurant. The delicious dinner was the icing on the cake and Dubrovnik climbed up to the very top on my list of favorite places.

Day 4: Banje Beach: We woke up leisurely to another island morning a little sad as this was the last day in Dubrovnik and our last day of vacation. Again we debated about making a trip to Lopud island and decided to completely relax and do nothing. So armed with beach towels we headed to Banje beach the most famous sandy beach in Dubrovnik with a beautiful view of Old town. We entered via East West Beach Club and rented beach chairs and an umbrella. To make the most of the 20 Euros and prime beach spot we literally spent the entire day sunbathing. It brought back memories of our Greece trip. Sun, sand, pebbles, sea, waves and a blue sky, the pleasure of it all! As we returned to Dubrovnik Old Town, we realized that it was the innaugural day of the Dubrovnik Summer Festival, one of the largest in the region. We got to see plays, which we didn’t understand, and musical performances. Again we made reservations at Nishta and as we ate, the sky was filled with fireworks to start the festival and end our romantic vacation. 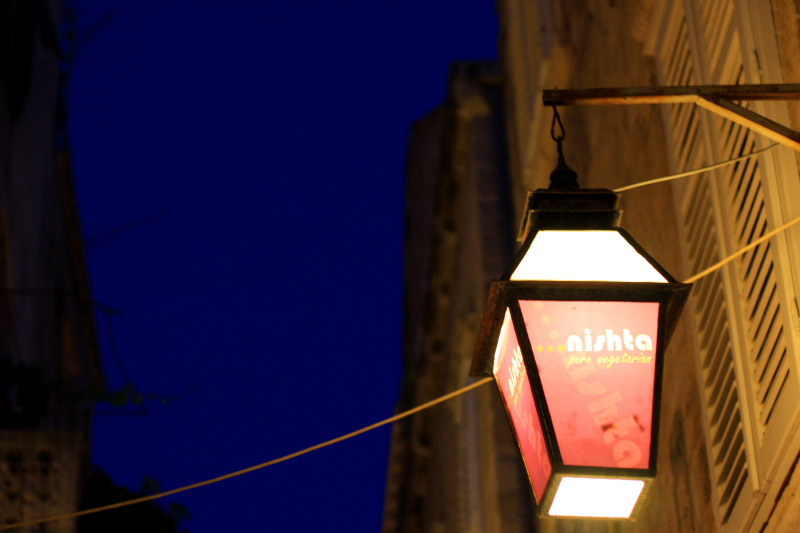